What Will Performance Shops Be Doing In 20 Years? 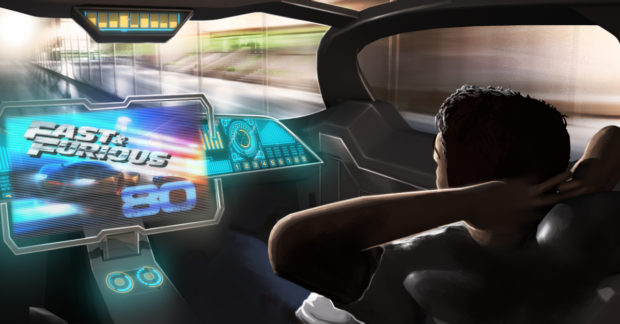 If this is what drivers do in 20 years, what will performance shops do? Photo credit: JCT600

Still, we can make educated guesses based on the changes we’re seeing now.

A Wider Range of Powertrains To Work On

There’s no doubt that electric cars will gain a big slice of the car market in the next 20 years. On roadways with battery electric cars, fuel cell electric vehicles, and regular old gas/diesel vehicles, it’s likely there will be different performance options for each type of powertrain.

Still, there will likely be millions of gas and diesel powered vehicles rolling around in 2037, and there will certainly be shops working on them. Bloomberg New Energy Finance predicts that about one third of new vehicles will be EVs in 2040, while the US Energy Information Administration predicts just 6% of new vehicles sold in 2040 will be electric.

In fact, this prediction about self-driving retrofits isn’t too spectacular. Today, a few companies offer kits to add self-driving capabilities to existing cars (or at least have announced plan to offer these systems). Not even six months ago, a company called Comma.ai promised a driver assistance system that could be retrofitted to late-model Hondas for just $1000. While the NHTSA seems to have encouraged this particular company to shut down, the idea that there will be kits for retrofitting existing cars is proven.

For those who don’t know, augmented reality is the practice of applying virtual information on top of real-word info. This video does a great job of explaining the basics:

But in 20 years, augmented reality will probably not be limited to paint jobs. In fact, consumers may use augmented reality to plan their perfectly customized vehicle, presenting shops with a virtual blueprint for modifications and customizations.

Still, Many Things Will Stay The Same

Much like how some things have stayed the same since 1997, some consumer habits will stick around, at least until 2037. We can think of a few:

It may be that some aspects of the performance shop business change fundamentally, but the most likely scenario is that changes are incremental. As history has shown, fanciful predictions about the future rarely come true…we still don’t have flying cars, after all.

What do you think performance shops will be doing in 2037? Chime in on our Facebook page!