Tesla, the electric car company, not the scientist, recently filed a libel suit against the BBC and Top Gear over a bad review their roadster received on the show. 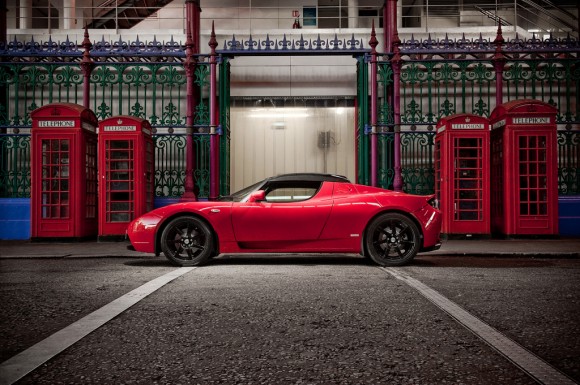 I’m surprised by Tesla. I’m surprised they boxed up their roadster, sent it over to Top Gear, and didn’t expect a (somewhat) bad review from the self-proclaimed “petrol-heads.” What’s even more shocking though is their reaction to this quasi-negative review.

The review wasn’t completely bad; it was a typical Top Gear review: an honest, opinionated rant on the pros and cons of the car being tested. Yes, the Tesla ran out of battery after 55 miles, but they were flogging it around the Top Gear Test Track. What educated person in this world wouldn’t expect that?

Better yet, who at Tesla didn’t know the entire premise of the show was pushing cars to their absolute limit (anyone remember the crashed Koenigsegg)? Who at Tesla didn’t know that battery life would be severely affected by that abuse? I’m betting a bunch of people knew and that’s exactly why they sent two roadsters. I can’t think of any other manufacturer that sends two identical cars. Tesla knew the battery was going to die. They planned for it.

Maybe Tesla is more upset about the “staged breakdowns” – the motor overheated in one of the test cars, the brakes failed in the other. That’s a reasonable claim if you believe Top Gear actually staged the breakdowns. To me though that entire claim seems ludicrous. There isn’t a car company in the world that would send their flagship car to the most watched car show on the planet without sending a private jet or two full of executives, engineers and mechanics along with it. It simply doesn’t happen. If the breakdowns where staged why weren’t the engineers and mechanics able to jump in and fix it? Wouldn’t one of the executives protested about the film crew staging a breakdown.

I’m incredibly disappointed by Tesla vs. Top Gear. Tesla is supposed to the be American car company of the future, yet in one incredibly stupid move they have ruined that perception. Instead of the scrappy underdog out to prove a point, they have cemented themselves as an entitled, whiney corporation. One that relies on throngs of well paid lawyers suing journalists to prove the merit of their product. It’s weak.

Maybe I’m too old fashioned, but where I’m from if someone tells you that you suck: you prove them wrong. If your customer doesn’t like your product: you make it better. If you screw up: you admit it, take responsibility and work your ass off to make it better. It all revolves around honesty and hard work, not lawyers, libel suits, and PR stunts. I may be naïve, but that simple formula seems to be at the heart of a lot of incredible companies.

Quick show of hands. How many of you are going to go buy a Tesla because of that awesome lawsuit they filed against BBC? How often will you overhear this at a restaurant:

When I first started thinking about buying a Tesla Roadster I was concerned about the battery life. BUT THEN Tesla sued BBC and Jeremy Clarkson. That showed strength and alleviated my concerns. I just put my deposit down, delivery is in June.

So What Should Have Telsa Done?

Telsa should have fought back in a way that proves that their product is what they claim it to be. They’ve had 3 years since that episode aired to improve the roadster. Send it back and make Jeremy Clarkson eat his words.

Instead, Tesla has taken the cowardly approach: they hired a bunch of lawyers that will inevitably go sit in a posh boardroom in London with the BBC’s lawyers and quibble over the letter of the law. Ultimately, after billing their clients ridiculous amounts of money, they will reach an out of court settlement and both with post triumphant press releases.

Unless, of course, BBC takes my advice and fights back!